Cognitive training improves cognitive performance and delays functional impairment, but its effects on dementia are not known. We examined whether three different types of cognitive training lowered the risk of dementia across 10 years of follow-up relative to control and if greater number of training sessions attended was associated with lower dementia risk.

The Advanced Cognitive Training in Vital Elderly (NCT00298558) study was a randomized controlled trial (N = 2802) among initially healthy older adults, which examined the efficacy of three cognitive training programs (memory, reasoning, or speed of processing) relative to a no-contact control condition. Up to 10 training sessions were delivered over 6 weeks with up to four sessions of booster training delivered at 11 months and a second set of up to four booster sessions at 35 months. Outcome assessments were taken immediately after intervention and at intervals over 10 years. Dementia was defined using a combination of interview- and performance-based methods.

Initially, healthy older adults randomized to speed of processing cognitive training had a 29% reduction in their risk of dementia after 10 years of follow-up compared to the untreated control group. 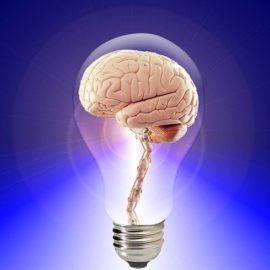