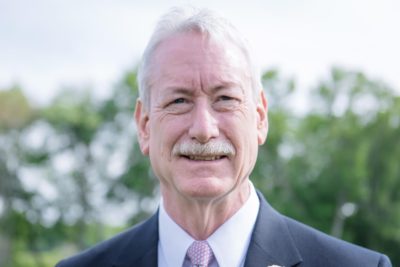 Dr. Scranton is a physician in the Tampa Florida area, with a dual practice in the leading-edge field of improving the cognitive functions of the brain, as well as traditional Internal Medicine.

He began his training in pre-medicine and pharmacy at the University of Wyoming.  He received his medical degree from Northwestern University Medical School in 1977 and continued his internship and residency in Internal Medicine at Northwestern’s McGaw Medical Center.

In 1981 he was commissioned as a Captain in the United States Airforce and was assigned as an internist at MacDill Air Force Base, home of the United States Central Command and the Rapid  Deployment Joint Task Force in Tampa Florida. While in this position, he was responsible for patient care, both for the clinic and hospital, physician education, consultant to pharmacy and therapeutics, and was co-chairman of the intensive care unit.

1984 he entered private medical practice in the Tampa area with a variety of physician groups. 1989 he became the chairman of practice management for the Mease Clinic, and in that role, significantly improved the clinic’s financial strength while continuing to serve the Dunedin area patient base. 1992, he became the Chairman of a new physician group in Pinellas county that grew to 70 medical professionals.  2002 he formed his own independent Internal Medicine practice in Clearwater, which continues to this day.

2008, after 2 years of research on the aging brain and rehab options, he initiated one of the first specialty medical practices in the United States, focusing on brain rehab for the elderly. His research into the various treatments for the loss of brain function, either due to trauma, aging, or other medical reasons has led to a new direction for treatment.  His work in this field has resulted in recognition throughout the United States from the medical community.

The Dr. and his Team

Over Dr. Scranton’s long and distinguished medical career, he has served on a variety of professional medical boards and societies, both as an expert in the field of medicine, as well as the business and social policy aspects of medicine and its critical role in American society.